It was satisfying to learn how lichen and moss spent endless time breaking down rocks. Endless care and effort for 1,000 years. I think i participated well. I do not think i would have done anything differently. if climate change had not happened, what would be the biggest tree ever? Did trees once grow underwater? If so how would they get there nutrition’s? How many rocks do lichen break down a day? 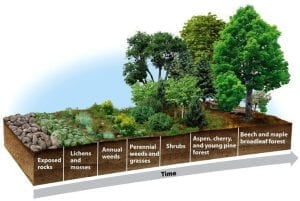