Last week in science we watched a video about a guy named Archimedes. It was about how his king had gotten a new crown, but Archimedes believed that he had gotten tricked out of his gold. The king said “But that’s impossible we weighed the gold before and the crown ways the exact same amount.” Archimedes replied with “yes that’s true but its possible the gold was mixed with some other type of medal” the king said “can you prove this” Archimedes said no, but there must be a way”. After that Archimedes thought and thought of a way that he could prove that the king was cheated out of his gold. Then when he was in his bath, it hit him! he ran through out the streets yelling Erika! Erika! i found it!!! He told the king immediately what he had discovered. he filled to big crates of water, then he placed a block of gold in one of the crates. The water raised to the brim. he said that if the crown is pure gold it will raise to the brim, if its not pure gold the water in the crate would over flow. He put the crown in bucket and it over flowed and with that the king had been cheated. i wonder how you would weigh something as light as a feather in those times. I don’t think i would have done anything differently. it was satisfying that Archimedes figured it out. i think i participated well. 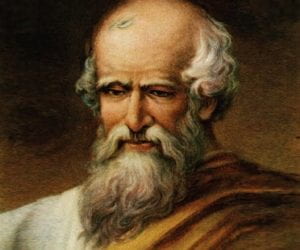