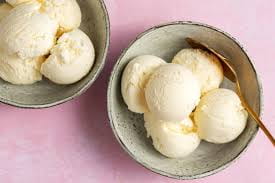 This week in science we made ice cream.  I was partners with Brody. First we put we put sugar into a measuring cup. Then we dumped the sugar in a red cup. After that, we took milk, poured it into the measuring cup, and then put it into the cup with the sugar.We stirred it until it combined into milk-sugar. the we poured the mixture into a zip lock baggy. then we took a larger zip lock and added  salt to it and then took the small bag and put into the big bag with salt. shortly after we took a bunch of snow and put it into the salt bag.  we threw it for awhile and then we were done!