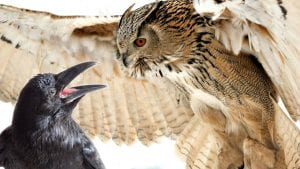 I thought it was very fun. I think I participated well in this game. It was satisfying to run around and play in class. I don’t think I would have done anything differently. I wonder how big primeval owls were? I wonder if crows were ever apex predators? I wonder if crows and owls really fight?